What do you want to know? 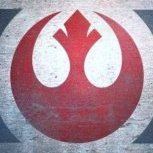 The Russian DDs are REALLY good at quick capping locations at the beginning of battles. Hard hitting guns, short range torpedoes with a quick reload: you are an "anti-destroyer" DD. With the slow turn