My name is Voltagesauce and last month I wrote a guide on where to stop powering up teams (http://dadshideout.com/IPS/index.php?/blogs/entry/33-msf-beginners-guide-where-to-stop-powering-up-teams/). As part of that guide I introduced a graph that showed the stat increase for each gear level. I have changed the numbers slightly for this, but it looked similar to this: 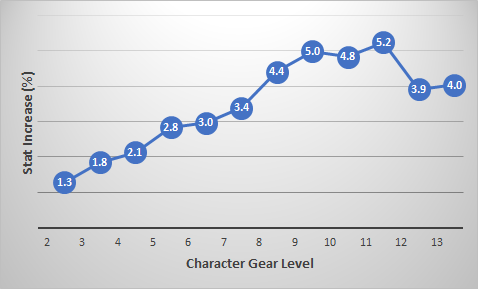 Some of the feedback (shoutout to Khasino and Vrondius) was to add gear level 14 to the graph even though beginner’s aren't going to be taking characters to GL14. The results are pretty crazy: 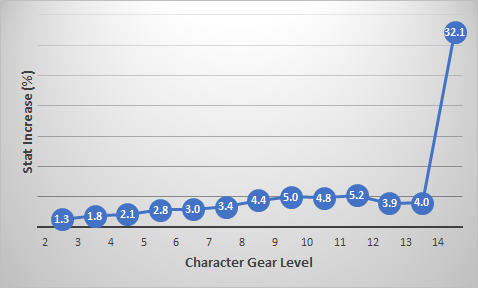 The rest of this article will cover how I generated this chart and how I have been working on verifying this data.

To generate these charts I chose 3 different characters, mapped out the stats (health, damage, amor, focus, and resistance) for each gear level and the percent increase. Then, I averaged all the stats percentage increases together for the chart. The stats are based on the characters being at Level 75, 7 Yellow and 7 Red Stars with 25% Stark Tech. The three characters I chose were Mister Sinister, Black Bolt, and Hand Sentry. One legendary, one minion, one protector, one blaster, one support, etc. Basically three completely different characters. What I found is that all the characters have the same percent increases for each gear level. Each of the chart’s is below: 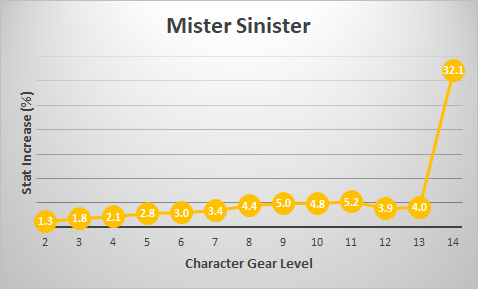 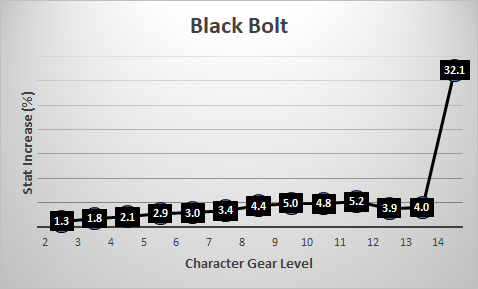 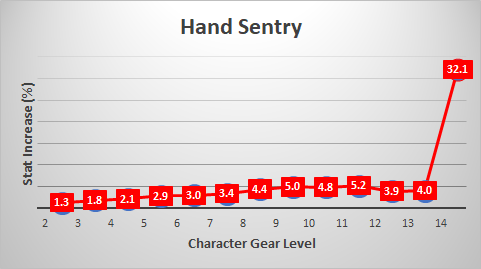 Additionally, another interesting thing I found is that even for each individual stat the percentage changes are approximately the same. Here are charts for the three characters stat increases for health and resistance: 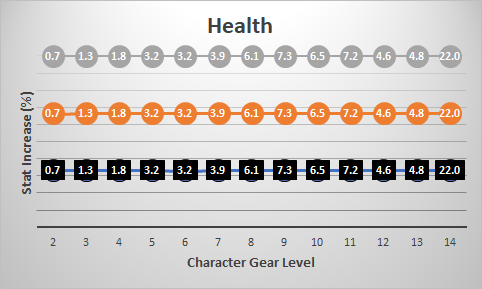 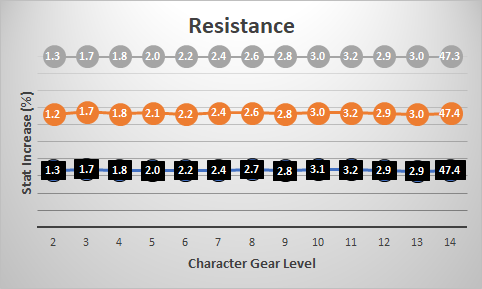 Up until this point I relied solely on msf.gg data. I felt confident about the gear level 1 to gear level 13 percent increases because they seem logical and there is a lot more data about GL13 characters. I didn’t even believe the msf.gg information about GL14 at first because it is so much higher than the rest. Now that people are getting characters to GL14 I was able to compare screenshots to the numbers to msf.gg. I was able to get screenshots for 7RS GL14 Mister Sinister and Black Bolt. The only differences in the numbers is that in the screenshots the 6 gear pieces for the gear level are already completed, while switching from GL13 to GL14 would be upgrading the tier and adding the 6 pieces. And slight differences in the stark tech upgrades. Here are the screenshots:

Here is a quick table showing the differences between the stat increases on the screenshots and msf.gg: 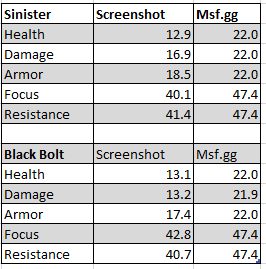 As you can see the numbers are fairly similar and either way they are extremely big jumps compared to the earlier gear tier upgrades. 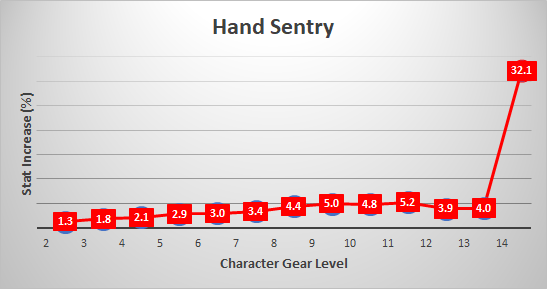