Hey everyone. I am Voltagesauce and I am back with another guide for beginner players. My last two guides (see bottom of page for links) have been about the game at a high level especially focused on resources and farming. In this guide, I will discuss some game mechanics and primarily focus on buffs and debuffs during battles.

Some of these status effects are easy to understand, but many have complexity to them. When I first started playing I didn’t pay too much attention to them because I didn’t understand how crucial they were. This guide will cover how all the effects work and tips/tricks to exploit them. I appreciate you taking the time to read!

EDIT: I also decided to create a discord server for beginners (or anyone) that wants to ask questions or talk about the game. I'd love for you to stop by:

Before I cover the buffs and debuffs, I think it is essential to understand that turn meter is the most important in-game mechanic. MSF is a turn based game, so if you can take advantage of your turns better than your opponent or take more turns than your opponent than you have a good chance to win. The turn meter is the blue bar that can be seen above your characters and the closer the bar is to being full, the closer to their turn the character is. Looking at my defenders team below, you can estimate that the order my characters will go is Daredevil, Iron Fist, Jessica Jones, Punisher, Luke Cage. 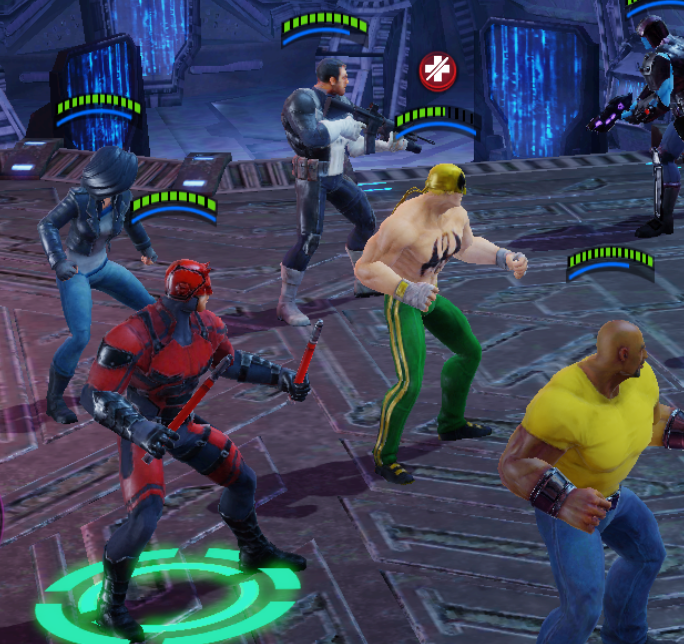 I say estimate because each character generates turn meter at a different value based on their Speed. Each character has a defined Speed characteristic that you can see in the individual character screens. For example, Daredevil’s speed is 119(see below). Characters’ speed bar fills up based on this value and whichever character fills up to 1000 units first goes next. This Speed value can be altered by certain buffs, debuffs, and abilities.

NOTE: When characters are the same speed and reach the 1000 unit threshold at the same time it is a coin flip for which character will get to move first.

This section will cover all of the available buffs currently in the game. When these status effects are currently applied to your character they show up as green icons above their health bars. Buffs are also called positive status effects because they are designed to provide benefits to the character. However, one small caveat to understand as you learn the game is that buffs are not always a good thing. There are always exceptions and I will mention some specific examples later.

Also, some abilities apply multiple instances of buffs. For example, a buff may last two turns instead of one. 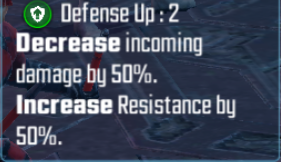 This section will cover all of the available debuffs currently in the game. When these status effects are currently applied to your character they show up as red icons above their health bars. Debuffs are also called negative status effects because they are designed to provide inhibit the character. Similar to Buffs, some Debuff abilities apply multiple instances of debuffs. For example, a debuff may last two turns instead of one. 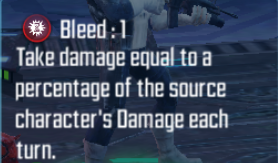 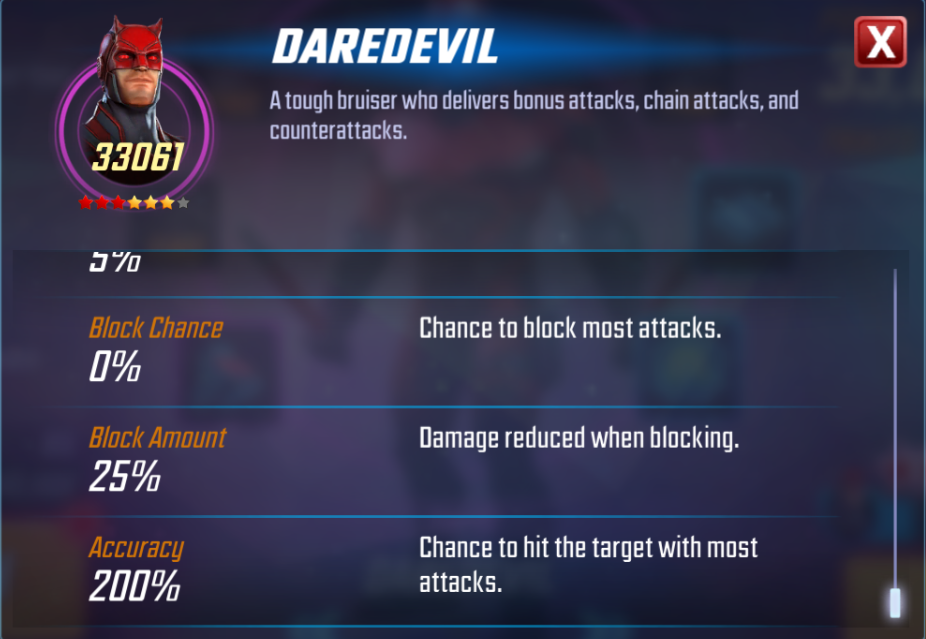 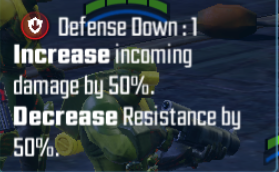 One other game mechanic that is involved with buffs and debuffs is abilities that “Flip effects”. For example, Doctor Strange can “flip all positive effects on each enemy”. So any buff that an enemy has will become a debuff. There are also moves that flip negative effects on allies. And this flip is not just random. Each buff has an “opposite” debuff and vice versa. This can be a massive swing from just one ability. Here is a table for the opposite effects:

Thanks for reading this far. I feel like I learned a bunch by writing this guide and I hope it helps you too. There are a lot of really neat mechanics in this game and there is a lot to think about. I hope this covered some of the basics and gave you an appreciation for the complexity of the combat. The more I explore the game mechanics the less I autoplay and the more I enjoy each fight.

Overall, to really understand when to use abilities and who to target with them you really have to understand the win condition of your team versus how the opponent wins. In most matchups you can disrupt the opponent’s win condition by killing the correct target or applying debuffs on particular characters.

There is a lot more that could be added about each of these status effects, so feel free to let me know your tips, tricks, and exceptions.

EDIT: If you enjoyed this guide, have questions, or just want to chat about the game, stop by a new discord server for beginners: