A year ago @xJediDadx and myself took on the challenge of being the caretakers of DHO. You can read more about that whole process in this blog post. A year has passed; what has changed if anything? Well, that's what we are gonna look at!

Bring out Your Dead!

DHO was a force to be reckoned with in 2015. Registrations were reaching dozens per week, posts by the hundreds. Our WoT clans were growing and expanding; the website provided a hub for those clans to swap tips and share stories.  Things were clicking, the place was a buzz of activity! DHO was a fantastic hub for all things dad and it stayed that way for years.  Over time, the activity slowed down. No worries. Registrations slowed, but the site was still alive. Slowly but surely, change was happening. DHO was in trouble. We knew it, but we didn't know how bad it was.

Then I had to go and look at all the metrics! Like an doctor showing you an x-ray, there it was in picture form. The degeneration was too easily seen. All the signs pointed to the fact that DHO would be dead in a year. Its been a good run, dads, but at some point you gotta put the animal out of it misery....

I'm Not Dead Yet!

It was a sobering time, let me tell you. All the metrics said we would be dead by now, but since you are reading this you know DHO didn't die! It transformed like a phoenix from the ashes and returned to its former glory!

Okay, that's not true either. Rather we resisted complete collapse; we stabilized. For those that like pictures, here are the comparisons:

Member Activity - Our member activity was on a significant downward slide.

New Posts - You see that hump over the "2019"? That's a jump in activity! That's growth baby! You see how it then starts to slide back down? That's "not growth."

Yes, I repeated myself.

And I could repeat it twice more for sent messages and for registrations.... So basically, all we did was delay the inevitable, right?

I am Feeling Much Better!

Actually, we did more than just delay the inevitable.  Our reach and influence actually grew... just not directly on dadshideout.com. What am I talking about? 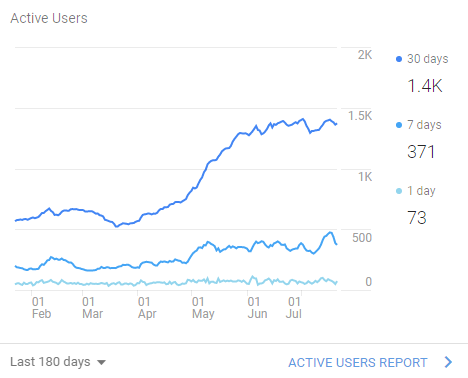 The image above is from Google Analytics. In March I took some time to go through many of DHO's web pages and redo some of the code; I gave Search Engine Optimization (SEO) a shot.  Now, I only had youtube videos and blog posts to guide me, but the return was worth the investment. With the changes done in by April (and I was now fully engaged in a new job) DHO started popping up in more searches online.  This drove more traffic our way. Most importantly, we picked up a dozen or so new dads that are now "long term users."

In the last 6 months we have seen over 5000 different visitors! From that a few dads discovered us and decided we were the place for them - mission accomplished! 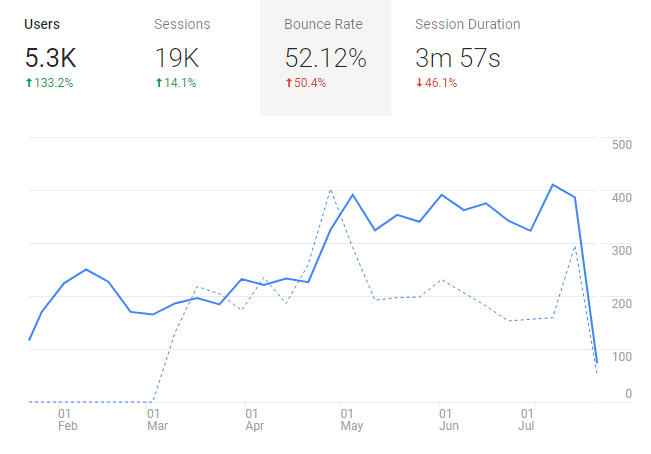 I think I'll Go for a Walk. I Feel Happy!

Here's perhaps the most interesting bit - more dads access dadshideout.com from their phones than from the laptops/desktops! The access has shifted to mobile devices; and it shifted FAST:

In the last year, dads looked at dadshideout.com on their computers 2/3s of the time (and the longer you go back, the more regular computers were used) 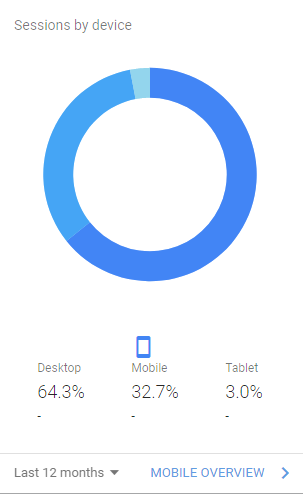 In the last 7 days, less than half of dads visited using their laptop/desktop.... Tablets and phones are the majority now: 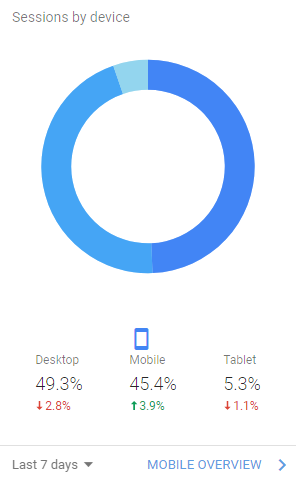 So, if we are getting more hits, more visitors, and lots of mobile usage, where's the beef? That for the next post (hint -

The Man in the Mirror

Let us consider the quote at the beginning of this post:

DHO is always gonna be DHO. DHO is also always changing. So stay tuned as we take a look at what some of those changes are and what the means for the future of DHO!